Hey y'all! How are you all doing?

I've had a week with a lot of firsts, and it was a great week! On Tuesday we had the changes meeting and I met my companion! So my comp is named Elder Dominguez and is from Cuidad Juarez, Chihuahua. He´s an awesome Elder, and has really surprised my of how prepared he is. If I didn't know I would say that he has at least a few months in the mission. He´s never afraid to do anything, he talks to everyone and teaches really well. I feel very blessed to be with him. We are in the area of Zacatlán, which is one of the three branches of the mission. We´re pretty far out of Puebla. From the bus station it takes about 2.5 or 3 hours to get here. However I love it! Its super pretty out here and I like the town a lot. Our area is huge however, there is one part that takes 4 hours to get to because the roads are pretty bad, but we've been here in the main town for this last week. Maybe this week we´ll go check our some of the other ones. It has also been a little difficult to open area. We've gotten lost a few times and one time at night haha. However the people here are nice and help us out. 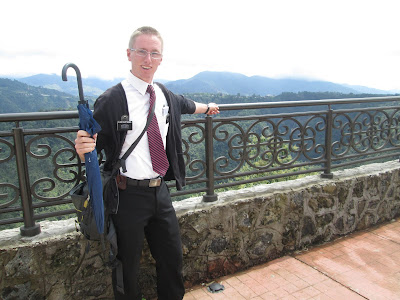 So on Wednesday our first day in the area we helped out the Branch President, Pres. Cordova clean up a little shop that he has. Also, Pres. Cordova is good, he´s an ex-missionary that served here in Puebla and in this area and came back and got married. But that shop was super dirty. The floor was also made of wood, and it was rotting. We had to start taking out the floor. We also saw a parade if like the whole town that day for the Mexican Independence day. Thursday we had a zone conference with Elder Valenzuela who is an Area Seventy. It was a powerful spiritual conference. But we went to the conference really early and got home really late. We´re pretty retired from the other parts of the mission.

Friday we had a day of normal work. We've been working on finding the investigators that the other Elders left behind and getting them progressing. We had a good lesson with an investigator who accepted a baptismal date but didn´t look too convinced. We´ll see how she progresses. Saturday we got to know the area better (AKA we were lost much of the day) and had a lesson with some recent converts who are awesome. They were so happy to see us. It was a really good lesson. Sunday we had church in the house of prayer (its like a mini chapel) and about 60 people showed up. It has a whole different feel than a ward does. Sunday was also really good because we had 4 lessons that day.

Yup, I¨m really content to be training out here. It's a really cool experience. Oh, we also share the area with Elder Hammer (ex-assistant who's a great elder) who is also training a new elder as well. I´ll have to take a picture of us 4. Have a good week!

-Elder Hartvigsen
Posted by Louise at 8:10 PM No comments:

Hey everyone. The time of transfers rolled around again and it happens that we are going to close our area. That means that both my companion and I have changes. We´re pretty sad to leave the area, and the members are also a little disappointed too. It seems like the president always closes our area. The sister missionaries are also closing area, but they´re closing theirs for good. Next change there is only going to be one pair of missionaries in the ward Tule.
We had an alright week this week. It was full of stuff that took us away from really working. On Tuesday we had an average day. Only a few lessons with new investigators and a meeting with President Nelson and President Delgado, the stake president. It was a good meeting. Both of the presidents are great leaders. I like our stake president a lot, he´s a great guy.

On Wednesday I got sick. Who knows why. My companion ate the same things and he was fine. I was pretty miserable that day, so we stayed in the house. It is the worst thing ever to be sick as a missionary. However I have been very fortunate in my mission so far. Many times the Americans get really sick sometimes, and sometimes they get sick frequently. I´ve only gotten really sick 2 or 3 times in my mission. I have a pretty strong stomach, most of the time haha. Thursday we had our weekly planning session in the morning and in the afternoon we did splits. My companion went to San Martin Texmalucan to do a baptismal interview for a member had his information lost in the system, and I stayed in the area with Hno. Artemio Perez. It went alright, all of our lessons fell through, which is tough to deal with when your in splits apart from your companion. In the end we finally found an investigator in her house and we were able to teach a lesson.

OK, I forgot to mention that on Wednesday we received a call from Elder Suarez one of the assistants who told us that we´re going to close area and that I'm going to train! I´m really excited for this opportunity to be able to train a new elder. It'll be a great experience and I'm looking forward to it. So on Friday we went to Puebla for a meeting with the trainers. It was really good, we learned that we need to provide our companions with opportunities to make decisions, and how to provide "leadership as a shadow." Afterwards we went to the baptism of the son of our (awesome) ward mission leader. It was good but they fed us tacos de canasta (it literally translates to basket tacos). They´re these tacos that they make in a town near here with a ton of grease and they usually sell them pedaling around on bikes all day. So there is always a bunch of guys with their bikes around here that have baskets full of little tacos. They also sometimes call them tacos de la muerte lenta. I¨ll let you all translate that haha. After we had a good activity in the ward.

Saturday we were in Puebla all day in the hospital with my companion and his knees. We also saw the cultural event broadcast for the rededication for the Mexico City temple. On Sunday we saw the last rededication session with Pres. Eyring and Elder Holland and it was sweet. Really powerful.

Well I have to go but have a great week everyone!

Hello everyone. I hope you´re all enjoying your Labor Day weekend. American holidays just pass me by haha. Soon it´s going to be the Mexican Independence day which is good. It means that we are going to eat a lot of Pozole which is alright with me!

We had an alright week. We had to take some time to do other things that took us away from proselyting which was a bummer but that´s how it happens sometimes. Monday in the evening was good, we went to one of the ends of our area to a town called Ixtlacuixtla. We had a lesson with an investigator that went well. On Tuesday, we had some good lessons. We had an investigator that was studying to become a Catholic Father for 2 years until he left. He was doing well. He seems interested when we teach him he almost doesn't have questions which seems strange to me. I would think that an ex-future-father would have a ton of questions. We also had a few other appointments and in one of them we put a baptismal date which was great! Her name is Claudia and her father in law was a member. She also works in a bakery and gives us bread. :) 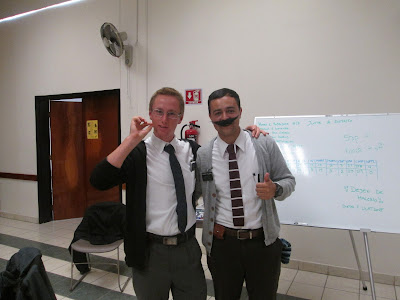 On Wednesday, we visited an other town in our area for the first time to contact a few references. It´s called Tizostoc and its pretty high up on one of the hills around here. We also taught a new family there of 7 which was good. It was an interesting lesson, it was difficult to keep them focused. After we went and taught a few other people in Por Venir, another town close by. On Thursday we had our weekly planning session in the morning, went to lunch and then went to the hospital in Puebla for my companions knees. We got back to the house super late. The next day we had the leadership council in Puebla. So we went to Puebla again. It was good, the President is getting into the swing of things. The last one was controlled mostly by the assistants, but now the President is becoming more comfortable.

On Saturday we only had a few lessons with Ivett, the girl that was baptized a few weeks ago. She´s doing super well, she had a great testimony! She even asked us where she can go for institute. Puro poder! Sunday was good but kind of a let down. We were expecting to have at least a few investigators come but nobody showed up. We even passed by to go with Claudia but she had to work. It was a bummer, but the meetings were good. Our bishop gave a talk, he´s pretty powerful. He´s been a bishop for about 8 or 9 years here, well he technically started as branch president when Tule was a branch.
Today was good but pretty bland. We didn´t have any activities, but in the morning it was super foggy. Visibility was really low. Yup. Everyone enjoy the end of your Labor Day weekend! Adiós!

Matthew 16:25-26
For whosoever will save his life shall lose it: and whosoever will lose his life for my sake shall find it.
For what is a man profited, if her shall gain the whole world, and lose his own soul? or what shall a man give in exchange for his soul. 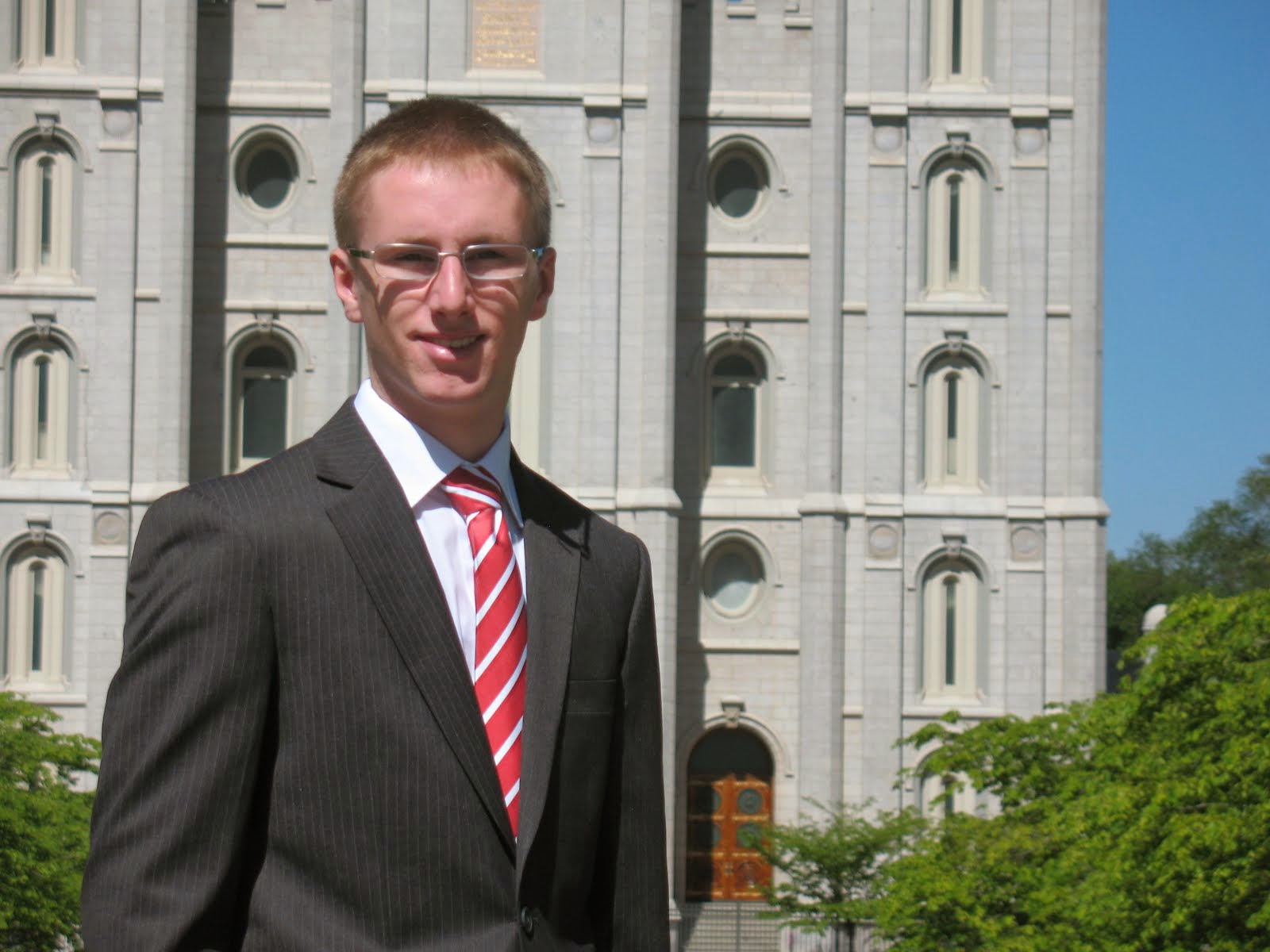